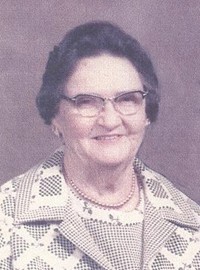 Corinne Bryant was born on October 5, 1905 in Calhoun, Mississippi.1 She was the daughter of Beverly D. Bryant.1 She attended Blue Mountain College in Mississippi and was a member of the First Baptist Church of Columbus, Georgia.
Corinne married Harry Lee Slade, son of Wherry Kolb Slade and Mollie N Moffett.1 Corinne died on August 1, 1992 at age 86.1 She was buried in Park Hill Cemetery, Columbus, Muscogee County, Georgia 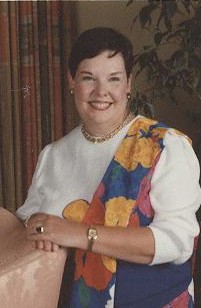 Cottie Beverly Slade was born on May 7, 1941 in Montgomery, Montgomery County, Alabama.1 She was the daughter of Harry Lee Slade and Corinne Bryant. She graduated from Columbus High School and then graduated from Agnes Scott College in Decatur, Georgia.1 Cottie died on September 18, 2016 in Atlanta, DeKalb County, Georgia, at age 75.1 She was buried in Park Hill Cemetery, Columbus, Muscogee County, Georgia 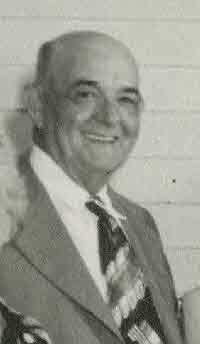 Ben Turner Slade was born on July 20, 1882 in Pike County, Georgia.1 He was the son of Thomas Jefferson Slade and Nancy J Storey.
Ben married Nell Louisa Barrett, daughter of William Jethro Barrett and Caroline Carter, on February 6, 1902 in Meriwether County, Georgia.2,3 Living next to Joseph Wesley Slade in 1910 census.4 Ben Turner Slade was registered for the military draft in World War I on September 12, 1918 in Knoxville, Crawford County, Georgia.5 He was manager of a lumber mill. Ben died on August 27, 1960 in Eufaula, Barbour County, Alabama, at age 78.1,6 He was buried in Fincher Memorial Cemetery, Meansville, Pike County, Georgia 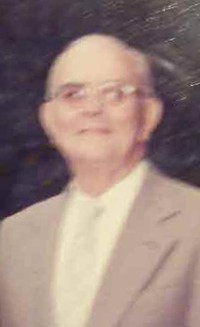 Ben Turner Slade Jr. was born on January 21, 1912 in Talbotton, Talbot County, Georgia.1 He was the son of Ben Turner Slade and Nell Louisa Barrett.
Ben married Ouida Faye Burkhalter on April 18, 1936.2 He served as a Sargent in U. S. Army in WWII. Ben died on February 22, 1985 in Birmingham, Jefferson County, Alabama, at age 73.3

Sam Barrett Slade was born on September 19, 1920 in Roberta, Crawford County, Georgia.1 He was the son of Ben Turner Slade and Nell Louisa Barrett.
Sam married Patricia Lenore Thomas.1 He enlisted in the Georgia National Guard in 1941 and served in the Southwest Pacific during World War II in 1942. He re-enlisted in 1962, and spent a total of 39 years in the Army Reserve and Alabama National Guard . In his civilian work he was in the retail building materials and construction business until his retirement.
Sam died on October 23, 2006 in Eufaula, Barbour County, Alabama, at age 86.2 He was buried in Fairview Cemetery, Eufaula, Barbour County, Alabama

Sam served as Mayor of Eufaula from 1988 to 1992, and was hailed as a progressive leader who brought the town into the 21st century. He was an active civic volunteer and leader before and after his mayoral term. Besides his distinguished military career that spanned nearly four decades, he also served as:
Past post commander and life member of the Veterans of Foreign Wars
Past post commander of the American Legion
Past president of the One-O-One Battalion Association
Past president of the Eufaula Lions Club
Member of the Free and Accepted Masons and a Shriner
Trustee of the Eufaula Carnegie Library for 30 years
Director of the Choctawhatchee Regional Library
Director of the Eufaula Heritage Association
Member of the Committee for the Promotion of the Performing Arts
Chairman of Eufaula's "We the People" Bicentennial Celebration
Charter president of Eufaula's Little Theatre
Vice president and director of the Eufaula Chamber of Commerce
First United Methodist Church administrative board member, treasurer, trustee, lay speaker and Sunday school teacher
Selected as one of The Eufaula Tribune's 10 "Good Citizens" in 1987
Chairman of the Eufaula Water Works and Sewer Board
President of the Friends of the Library. 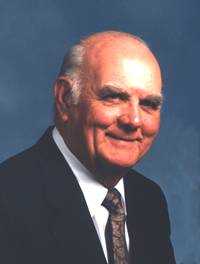 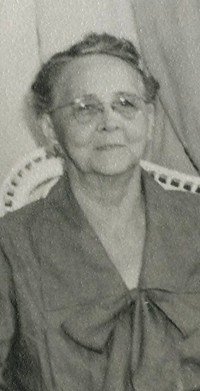 (11 June 1878 - )
Family Chart
William Samuel Slade was born on June 11, 1878 in Pike County, Georgia.1,2 He was the son of Thomas Jefferson Slade and Nancy J Storey. The unusual spelling of Samiel was in his bible.1
William married Matti Lou Howell, daughter of Charles L Howell and Bettie Singleton, on April 3, 1906 in Thomaston, Upson County, Georgia.1 William Samuel Slade was registered for the military draft in World War I on September 12, 1918 in Zebulon, Pike County, Georgia, At age 40, William was medium heighth and build with gray eyes and dark brown hair. He was the elected Sheriff of Pike County.2 He was manager of a livery stable. William died on April 13, 1942 in Douglas, Coffee County, Georgia, at age 63.1 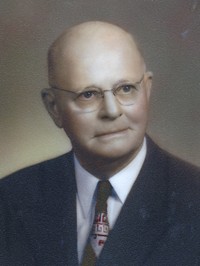 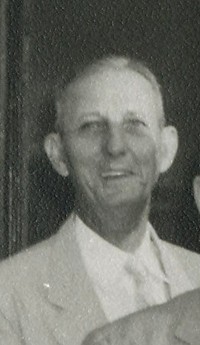 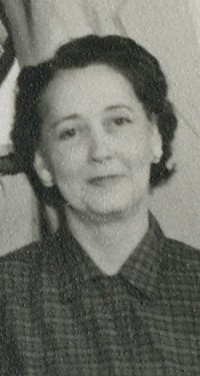 Gladys Estelle Slade was born on December 17, 1890 in Pike County, Georgia.1 She was the daughter of Thomas Jefferson Slade and Nancy J Storey.
Gladys married Albert Ezra Whittle, son of Thomas E Whittle, on November 1, 1908 in Zebulon, Pike County, Georgia.2 The marriage was announced in The Pike County Journal. Zebulon, Pike County, Georgia, November 6, 1908:
Miss Estelle Slade and Mr. Albert Whittle were married by Rev. L. Hooten at his residence in Zebulon Sunday afternoon. Mrs. Whittle is a daughter of Mrs. Tom Slade, of Lifsey, and Mr. Whittle is a son of Mr. Tom Whittle, formerly of Meansville but now of Thomaston. The bride is a beautiful young lady and was much admired for her sweet traits. Mr. Whittle is a prominent young business man of Culloden where they will make their home. They carry with them the best wishes of all who know them for a happy and successful life.2 Gladys died on May 23, 1978 in Tuscaloosa, Tuscaloosa County, Alabama, at age 87.3 She was buried in Bonaventure Cemetery, Savannah, Chatham County, Georgia

(8 February 1870 - )
Family Chart
Adiel Benson Slade was born on February 8, 1870 in Pike County, Georgia, near Zebulon.1 He was the son of James Madison Slade and Pelatiah Winifred Vaughn.
Adiel married Mamie McMurray on June 30, 1895 in Atlanta, Fulton County, Georgia.2 Announcement of the wedding was published in The Pike County Journal. Zebulon, Pike County, Georgia, on July 5, 1895: Surprised His Friends, Assistant Ticket Agent Slade Returned with a pretty bride. The many friends of Mr. A.B. Slade, assistant ticket agent of the Southern railroad at Macon, were agreeably surprised yesterday morning when he announced that he was married in Atlanta on Sunday, his bride being Miss Mamie McMurray, one of Macon's prettiest and accomplished young ladies. The affair was a little romantic, but Mr. Slade has a large number of friends here who consider him worthy of such good luck. Miss McMurray had for some time been visiting Mrs. Mahaffey, her aunt, in Atlanta. Mr. Slade found Atlanta very attractive during the young lady's visit there, and found it a good place to while away Sunday's. Last Sunday, however, he announced to his comrades that he would visit Indian Spring. Taking the early morning train he went to Atlanta, and nothing more was heard from him until he returned that night with his bride. They had been quietly married by Father Kelly. Both young people are very popular, and are receiving warm congratulations. Mr. Slade is originally from Pike county. He has a brilliant future as a railroad man.3 Adiel was a ticket agent witht he railroad. 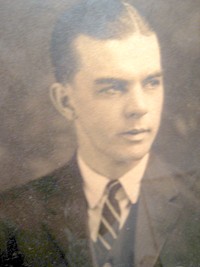 James Burton Slade was born on November 3, 1871 in Pike County, Georgia.1,2 He was the son of James Madison Slade and Pelatiah Winifred Vaughn.
James married Emily Clyde Hunt, daughter of John Poleman Hunt and Emily Loveda Kitchings, on December 19, 1895 in Georgia.3
James was merchant owner of 'Slades Men's Clothing' in Griffin, Georgia. He also owned farms that he sharecropped, growing watermelons, vegetables and fruit orchards. This kept his family going during the depression as he had lost his first store due to bank failure. He started it up again in a new location afterwards. Some of his sons worked with him.4 James died on July 26, 1946 in Georgia at age 74.1,2 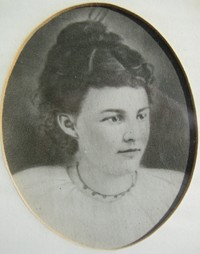 Children of Mary Lucia Slade and Richard A. Drake Jr 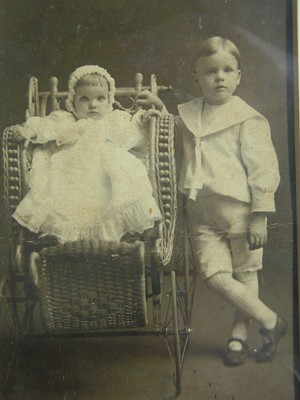 Sunleafe with her brother Burton, Jr.
Ingrid Sunleafe Slade was born in 1902 in Pike County, Georgia.1 She was the daughter of James Burton Slade and Emily Clyde Hunt.
Ingrid married John Drayton Depew.2 At the time of her mother's death on February 10, 1928 Ingrid Sunleafe Slade resided in New York City, New York.3