Children of Richard Slade and Eliza [?]

Children of Eliza [?] and Richard Slade

(circa 1844 - )
Family Chart
Eliza Slade was born circa 1844 in Birmingham, Warwickshire, England.1 She was the daughter of Richard Slade and Eliza [?].1

(circa 1851 - )
Family Chart
Joseph Slade was born circa 1851 in Birmingham, Warwickshire, England.1 He was the son of Richard Slade and Eliza [?].1 Joseph Slade was an umbrella frame maker in 1861.1
Joseph married Emma Aldridge.2

(circa 1854 - )
Family Chart
Frances Slade was born circa 1854 in Birmingham, Warwickshire, England.1 She was the daughter of Richard Slade and Eliza [?].1

(circa 1879 - )
Family Chart
Ernest Slade was born circa 1879 in Birmingham, Warwickshire, England.1 He was the son of Joseph Slade and Emma Aldridge.1

Lurinda Plank was born in October, 1855 in Tennessee.1 She was the daughter of James W. Plank and Mary Jane Edwards. Lurinda Plank is listed as age 15, single, born Tennessee, living in the household of Ezekiel Boon, who was born 1825 TN, and his wife Amaliza, born 1835 KY. In 1893, Ezekiel deeded his land to Lurinda Slade. We have not been able to define the relationship of Lurinda to the Boon family.2
Lurinda married John Taylor Slade, son of Joseph H. Slade and Elizabeth M. Dumas, in 1871 in Texas; John was about 23 and Lurinda was about 16.3
Lurinda's grandaughter, Mabel Hoffman Smith, recalls that Lurinda was living with her daughter, Annie E. Slade McCulloch in Corpus Christi, Texas when Lurinda became ill and died. Mabel, her sister, Selma, and their mother Mary Slade Dundas, all went to stay with them the last 3 months. Mabel thinks she was about 7 or 8 years old at that time. This would put Lurinda's death about 1906 in Corpus Christi, at age 51. Correspondence with County Clerks in nearby Counties found no record of her death. Searches for death records, obituary and burial records for Lurinda have been unsuccessful.4 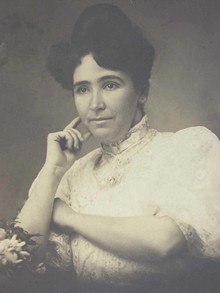 Dallie Mae Wilkinson was born on May 1, 1877 in Corinth, Alcorn County, Mississippi.1 She was the daughter of Stephen A Wilkinson and Amanda E. Donaldson. Before she was three, her family relocated to in Aurora, Wise County, Texas.2
Dallie married Ernest Preston Slade, son of John Taylor Slade and Lurinda Plank, on December 20, 1896 in Boyd, Wise County, Texas.3 In 1920 Dallie Slade was listed in the City Directory as the Manager of The Louise Millinery Shoppe, 16 N Robinson, Oklahoma City.4 From 1932 to 1935, Dallie and Foye lived at 117 N.W. 32nd St.5 From 1936 until 1940, Dallie and Foye operated Cottonland Dress Shoppe, 911 North Walnut, Oklahoma City.6 Dallie died on April 18, 1965 in Oklahoma City, Oklahoma County, Oklahoma, at age 87.7 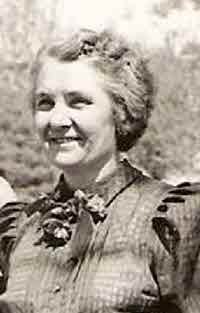 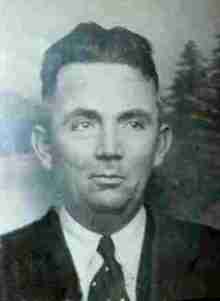 Lee Dumas Slade was born on September 28, 1898 in Boyd, Wise County, Texas. He was the son of Ernest Preston Slade and Dallie Mae Wilkinson. On May 5, 1922, Lee mailed mother's day card from Pawhuska, OK, where he was working in cattle range with his father.
Lee married Jessie Hollis, daughter of Arthur Oscar Hollis and Addie May Mabry, on September 29, 1925 in Custer County, Oklahoma. Lee Dumas Slade was a furniture store owner.1 Lee died on November 24, 1947 in Oklahoma City, Oklahoma County, Oklahoma, at age 49.2 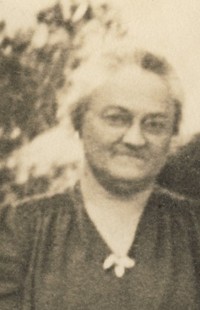 Annie Vivian Chapman was known by Vivian. She was born on May 27, 1895 in Georgia.1,2
Annie married Frank Alexander Slade, son of John Edward Slade and Della Lifsey, on December 21, 1919 in Georgia.2,1 Annie died on April 18, 1979 at age 83. She was buried in Marshallville Cemetery, Macon County, Georgia 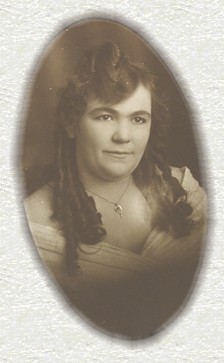 ,1 and was buried Tuttle Times:
Mrs W.H. Campbell, daughter of R.P & Mrs D.M. Slade, died at her home south of this city Sunday and was interred in Fairview cemetery Monday. Her father, mother, brother, Lee and sister, Foye were here to attend the funeral which was held from the Baptist church.5 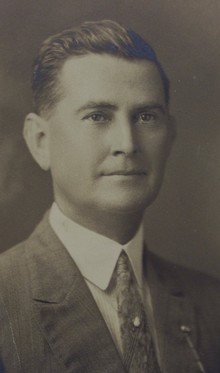 Stephen Barr Huff was born on March 31, 1880 in Rhome, Wise County, Texas.2,3 He was the son of Nathan Harvey Huff and Mary Lucetta Whitten.4
Stephen married first Ella Sandidge Furman, daughter of Samuel Furman, circa 1903.5 Stephen was widowed when his wife, Ella, died on November 17, 1920.6
Stephen married second Foye Wilna Slade, daughter of Ernest Preston Slade and Dallie Mae Wilkinson, on March 30, 1921 in Oklahoma City, Oklahoma County, Oklahoma.7 Steve had 4 children by his first marriage. They were Donald, Gerald, Dorothy, and Stephen, Jr, Steve's new wife Foye was only 19 when they married, not much older than his children. She became quite fond of the children and continued to correspond with them for many years after her divorce from Steve.8
Stephen married third Edith Ann [?] circa 1926.9
Stephen Barr Huff registered for the draft for World War II in 1942, while living in Fort Worth, Tarrant County, Texas, at 2103 Park Place.10 Stephen died on December 7, 1950 at age 70 and was buried in Greenwood Memorial Park, Fort Worth, Tarrant County, Texas 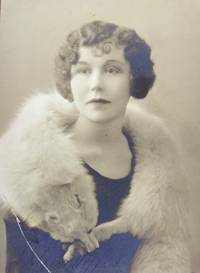 . Foye had no children of her own.1 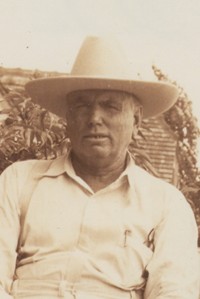 12 Ernest Preston Slade was born on July 31, 1872 in Young County, Texas, on his father's ranch.3 He was the son of John Taylor Slade and Lurinda Plank. The eldest of seven children, he was called “Pete” by family and friends, although he always signed correspondence and documents by using just his initials, “E.P.” Slade. Pete grew up on horseback working on his father’s ranch. When he was 15, he left home to go on cattle drives into Oklahoma Territory, Kansas, Colorado and Wyoming. When he returned home, he and his father had an argument and they never spoke again.1
Ernest married Dallie Mae Wilkinson, daughter of Stephen A Wilkinson and Amanda E. Donaldson, on December 20, 1896 in Boyd, Wise County, Texas.4 They lived in Boyd, Texas where their children were born. About 1906, Pete drove a herd of cattle to pasture near Minco, Grady County, then Indian Territory. The family followed him to Minco, and later to the Waldon Ranch, East of Tuttle, where Pete was Ranch Manager. Ernest Preston Slade registered for WWI draft is listed as tall, of medium build, with black hair, and brown eyes. Next of kin is Foye Slade on September 12, 1918 at Pawnee County, Oklahoma.5 Pete and Dallie separated during the 1920s and possibly divorced, although a record has not been found.
Ernest married second Sissie Belle Battiest, daughter of Ben Battiest and Kissy James, a marriage record has never been found, so this may have been a "common law" marriage.6 Ernest died on May 24, 1961 in Hugo, Choctaw County, Oklahoma, at age 88.7 He was buried in Restland Cemetery, Boswell, Choctaw County, Oklahoma.7