" Dear Sir: I believe I promised you an occasional letter, and as it is the fashion now-a-days for newspaper correspondents to write up the little pleasant affairs in which they occasionally have the pleasure and privilege of participating, it may not be intruding upon your column for a notice to "do up" the very enjoyable entertainment at the residence of Mr. W.J. Slade, on the eve of the 7th inst., given in the honor of his brother Tom's marriage with the beautiful and lovely Miss Nannie Mathis of this county. The weather had all day been threatening rain, thereby interfering to some extent with the anticipated pleasures of the night; but as the sombre shades drew on, the beautiful Queen of the Night, with her silvery sheen peered gently through the sable curtains that were wont to veil her face, and shed sufficient light, that none had to grope in darkness to find their way under the hospitable roof of the aforesaid gentleman; and once there, as for "old Probs", we could say "let 'er roll.
"At the door, after paying respects to my young friend Tom, and congratulating him upon his choice of a companion, I fixed akimbo and looked to see who might be seen. But before dismissing our clever young benedictine friend, let me say that in the possession of his charming bride he has in her a bonanza of loveliness and beauty, to say naught of her lots of kind(ness). As I have ever known Tom as a good and industrious boy, I know he will be a good husband and now, as his foundation's "Slade" upon a "rock" basis he will in due season have his "crib" full, his "presses" overflowing with w(h)ine and the "fruits of his enterprise constantly increasing. May fortune smile propitiously upon this happy pair.
May happiness attend them as hand in hand they go
Up the hill,
And for-sooth(ing) syrup goes up too,
Tom I know will-
"Foot the bill

"Twould be tedious and tasteless as well as a needles consumption of time and space to enter into a biographical history of all whom I saw on this occasion. Suffice to say that the house, through capacious, was filled to its utmost with the beauty and chivalry of old Calhoun; for save the charming Miss Wade, of Blakely, who graced the occasion with her presence the entire assemblage was made up Calhounites. Whe the stirring music "struck up" at the magic touch of the Profs. Dick and Bror and "on with the dance," echoed through the hall, the house fairly trembled beneath the tread of twinkling feet. As it is not my intention to over-eight, I will state that some of the "upper-tens," however, wouldn't twinkle worth a cent but had an everlasting predisposition and penchant for the good old "back shuffle."
"For the benefit of several present, who from conscientions feelings would not participate in the quadrille, the evening's entertainment was varied by the introduction of Old Sister Phoebe and Grab. I must here say that Capt. L.W., who though long since had lost the step thought he was some on the Old Sister; after a fair trial, however, he concluded that everlasting going round and round was rather to enthusing fro a gentleman subject to vertigo. He therefore gracefully resigned until the next fall, when he said he might trye it again. Grab, you know, being a sort of doctimal dance, all members could take a trun, and this fascinating play was danced with alacrity. The cotillion, however, was the favorite play of the many. Nothing occurred throughout the evening to ruffle the smooth and steady tide of pleasure - except, perhaps, the unfortunate circumstance of the gallant K. getting entangled in a "Webb" so that he could not "Wade" in as desired. After a time, however, he concluded that he could not "Turner", and the last I saw of him he had crossed the "Rivers" and was resting under the "Weeds" in a "Rice field and complete "Boss" of the situation.
"I may be pardoned for stating that there was none from this part of "Dixie" who could easily translate "Virgil" except perhaps, the amiable Miss M., for she 'ad'im" 'Em"ed in a corner during a considerable slice of the evening, but this did not prevent the clever Ex-Sheriff from "Wade"-ing up to his "Colley"" May fortune smile on this happy pair"..(Partial transcript.)4

(November 1859 - 24 October 1932)
Family Chart
Isadora "Dora" Shute was born in November, 1859 in Calhoun County, Georgia.2,3 She was the daughter of Giles Shute and Mary Ann "Polly" [?].4,5
Isadora married Hezikiah Polhill Slade, son of William Jethro Slade and Martha Ann Franklin Mitchell, circa 1879.1 Isadora was widowed when her husband, Hezikiah, died on March 2, 1895 in Dawson, Terrell County, Georgia, at age 40 A notice in the Atlanta Constitution, datelined Dawson, March 2, 1895, read as follows:
Paul Hill Slade, while standing between his two brothers, was shot and instantly killed here today by Charley Allen. The whole affair was done so rapidly that despite the crowds on the streets and the nearness of Slade's two brothers, the shooting could not be prevented.
[The two brothers were later identified by this researcher as Deputy Sheriff John Henry Slade and Thomas Jefferson Slade]6 The 1900 census gives Dora's birth as Nov 1962, however, that could not be correct because she was recorded age 7/12 in the 1860 census.3
Dora apparently lived with her son Oscar for the last several years. Isadora died on October 24, 1932 in Volusia County, Florida, at age 727 and was buried in Edgewater New Smyrna Cemetery, Edgewater, Volusia County, Florida 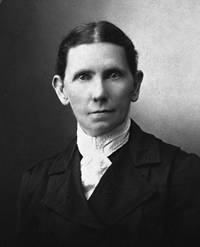 Mary M. Plowden was born in November, 1844 in Sumter County, South Carolina.3,4 She was the daughter of E. R. Plowden.4 Both her parents were born in South Carolina.
Mary married William Joshua Hatcher Slade, son of William Jethro Slade and Martha Ann Franklin Mitchell, on November 26, 1868.5 1900 census states mother of 3 and 3 living.3 Age 65, Widow, mother of 5 and 5 living, according to 1910 census.6 Mary M. Plowden died on March 25, 1937 at the home of her son in Moultrie, Colquitt County, Georgia, at age 92.7 She was buried in Salem Baptist Church Cemetery, Edison, Calhoun County, Georgia 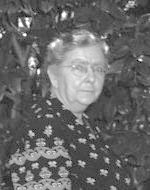 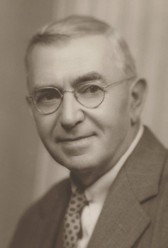 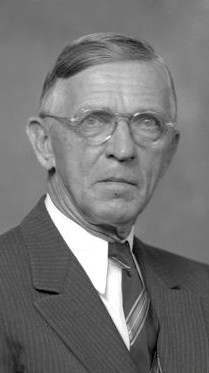 Edward Ross Slade was known by Ross. He was born on September 17, 1878 in Calhoun County, Georgia.2,3 He was the son of William Joshua Hatcher Slade and Mary M. Plowden.1
Edward married Sarah Katherine Parrish, daughter of John Franklin Parrish and Caroline McCranie, on June 3, 1908 in Georgia.4 Edward Ross Slade was electrician at the powerhouse.5 In 1918, Cook County was formed from Berrien County. He was electrician at light plant in 1920.6 In 1942, he joined the Moorpark Fire Department.7 Edward died on December 24, 1957 in Ventura County, California, at age 79.8 His Social Security Number was (an unknown value.) 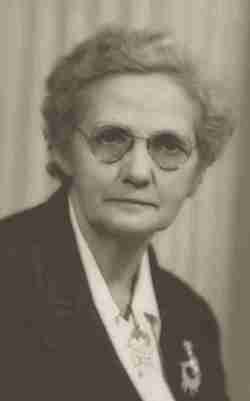 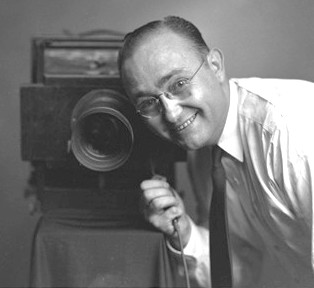 Harvey Eugene Slade was born on June 30, 1909 in Valdosta, Lowndes County, Georgia.3,4,2 He was the son of Lucius Arthur Slade and Martha Frances Moore.1 Harvey and brother Bones played on the Moultrie High School football team. The Packers were undefeated in 1928 and won the South Georgia Championship.5

(August 1896 - )
Family Chart
Lillian Naomi Slade was born in August, 1896 in Spalding County, Georgia.1 She was the daughter of William J. Slade and Nannie Lindsey.1 In 1924, Lillian was a Senior in the Medical College at Virginia Commonwealth University, Richmond, Virginia.2 In 1940, Lillian was a registered nurse on a private case in Manhattan, New York. She was listed as a boarder in the household of Mae McClatchie, 455 Ft. Washington Avenue.3