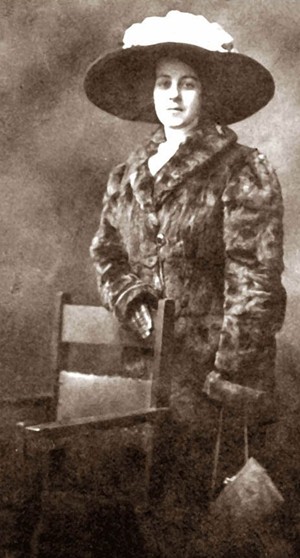 Louise Margaret Davenport was born on May 15, 1890 in New Orleans, Orleans Parish, Louisiana.2,3 She was the daughter of Edwin F. Davenport and Louise Victoria Bolet.2 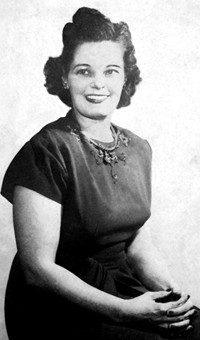 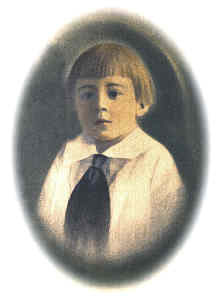 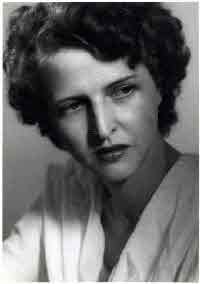 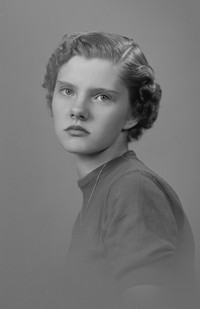 Shellie Frances Slade was born on November 18, 1940 in Moultrie, Colquitt County, Georgia.3,2 She was the daughter of Harvey Eugene Slade and Helen Marion Burr1, but grew up in Talahassee, Florida. Shellie graduated from University of New Orleans (BA), having attended Stephens College, Florida State University (FSU), and University of Alabama. She subsequently graduated (RN) from the Louisiana State University (LSU) School of Nursing and later Anesthesia School. For years she worked as a CRNA (Nurse Anesthetist) at Lakeside Hospital. Prior to retiring, after Hurricane Katrina, she did locum tenens in anesthesia locally, as well as in Mississippi, Kentucky, and other locations.3 Shellie died on July 3, 2018 in New Orleans, Louisiana, at age 773 and was buried in Florida.3 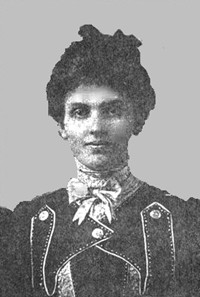 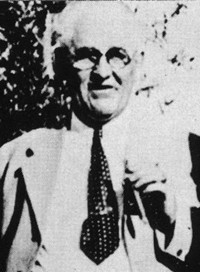 Frank Arthur Yoakam M. D. was born on January 29, 1876 in Stanton, Montgomery County, Iowa.1,2 He was the son of George Eugene Yoakam and Olive Louisa Mason.3
Frank married first Margaret Peters in 1900 in Iowa.4
He quit school early and begin railroading. While he was between runs as a brakeman he conceived the idea of becoming a physician, but handicapped by deficient education for entrance to medical college requirements. He studied long hours to remedy the deficiency and finally admitted by the Rush Medical College, Chicago, Illinois. Lack of funds and his interim marriage made it necessary for him to cover a period of years in attendance, during which he was accompanied and assisted by his wife. During this period he worked as a brakeman or ticket collector on the Illinois Central Railroad. He received his M.D. degree early in the 20th century.5 Frank Arthur Yoakam M. D. was registered for the military draft in World War I on September 12, 1918 in Red Oak, Montgomery County, Iowa, He was listed on his draft registration as a physician and surgeon.2
Impaired health caused him to remove to new Mexico where he practiced at Los Cerrillos until he bought land at Hope New Mexico and moved there to practice. During the time, he became proficient in the Spanish language.
About 1920, he removed to California, and began practice in Moorpark, Ventura County, CA continuing there until shortly before his death. Being an inveterate fisherman, this sport helped to relieve the tedium of professional work. In 1942, his wife, Grata, died of a heart attack. Two or three years later, he met and married again, a lady who proved to be understanding and helpful, making his last years happy.5
Frank Arthur Yoakam M. D. married second Alice Caroline Slade, daughter of William Joshua Hatcher Slade and Mary M. Plowden, on March 12, 1944 in Moorpark, Ventura County, California.6
Early in the second marriage he suffered a cerebral accident and the resulting paralysis made him bedfast for a considerable time, finally suffering another and fatal stroke in Jan. 1950. He was a Mason and a Shriner. Frank died on January 5, 1950 in Ventura County, California, at age 73 Note: California death record shows his mother's maiden name is Mason.1 He was buried in Oakwood Memorial Park, Chatsworth, Los Angeles County, California

(1911 - )
Family Chart
Samuel Slade was born in 1911 in Johnson County, Georgia.1 He was the son of Charles Joseph Slade and Maude Della Meeks.1
Samuel married Lucille [?].2

Child of Samuel Slade and Lucille [?]

(1914 - )
Family Chart
Beulah Slade was born in 1914 in Johnson County, Georgia.1 She was the daughter of Charles Joseph Slade and Maude Della Meeks.1
Beulah married Hamilton C. Starling on December 24, 1936 in Broward County, Florida.2 They had a son, Carl H. Starling.