(16 October 1903 - )
Family Chart
Martha Lucille Slade was born on October 16, 1903 in Pike County, Georgia. [Her death certificate shows Oct 19, 1903]2 She was the daughter of James Clementine Slade and Gillie A. Fincher.
Martha married Homer Lee Pearson Jr. on April 29, 1923.3 After marriage, they moved to Miami, Florida, where they were living at the time of her death.4 Martha died on October 28, 1926 in Atlanta, Fulton County, Georgia, at age 23.2,4 She was buried in Vienna, Dooly County, Georgia.4 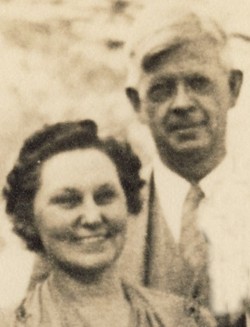 Hamilton Monroe McKenzie was born on August 17, 1888 in Houston County, Georgia.1 He was the son of John Alvertis McKenzie and Ruth Norris.2
Hamilton married Martha Frances Slade, daughter of John Edward Slade and Della Lifsey, on November 9, 1919.3 Hamilton died on February 28, 1960 at age 71.1 He was buried in Marshallville Cemetery, Macon County, Georgia

(February 1864 - 2 September 1940)
Family Chart
Mary Ison was born in February, 1864 in Spalding County, Georgia.1 She was the daughter of Oliver Hartford Ison.2
Mary married Ira Armonus Slade, son of James Madison Slade and Pelatiah Winifred Vaughn, on January 2, 1890 in Georgia.3 Mary was widowed when her husband, Ira, died on April 27, 1903 at age 37.4 Mary died on September 2, 1940 at age 76.5 She was buried in Oak Hill Cemetery, Griffin, Spalding County, Georgia

(11 June 1872 - 3 December 1937)
Family Chart
Leila Lifsey was born on June 11, 1872 in Georgia.1 She was the daughter of Benjamine Alexander Lifsey and Martha A. F. Carter.2,3
Leila married Jesse James Slade, son of James Madison Slade and Pelatiah Winifred Vaughn, on June 11, 1891 in Pike County, Georgia.4 Their wedding was announced in the Pike County Journal, Zebulon, GA., Friday, June 12, 1891 Mr. Jesse Slade and Miss Leila Lifsey were married at the home of the bride's father, Mr. Alex Lifsey yesterday afternoon, Rev. J.W. Beck officiating. The groom is a model young man and is held in high esteem by all. The bride is one of Pike's fairest daughters and is a prize worth winning. We wish them a long life of domestic happiness.4
Her first three children died as infants during the first ten years of her marriage. Leila died on December 3, 1937 in Georgia at age 65.5 She was buried in East View Cemetery, Zebulon, Pike County, Georgia 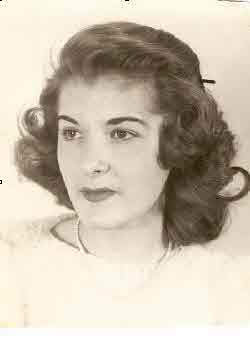 Genevieve Lee Willett was born on February 23, 1928 in Enid, Garfield County, Oklahoma.1 She was the daughter of Yeulin VanSickles Willett and Ruth Elizabeth Fink. Before she started school, the family moved to Perry, Oklahoma. During high schooa she was in several plays and during summers, attended the Pasadena Playhouse in California. After graduating from high school, she attended the American Academy of Dramatic Arts in New York City. The next year her mother became very ill and she returned to Oklahoma where she attended the University of Oklahoma and studed drama. She graduated with a Bachelor of Fine Arts and several acting awards. During her freshman year at OU, she met engineering student, Jim Slade.2
Genevieve married James, son of Lee Dumas Slade and Jessie Hollis, on January 27, 1951 in Perry, Noble County, Oklahoma, in the bride's family home.3 While living in Ponca City, Oklahoma, Jennie was active in the Ponca Playhouse, directing several productions and acting in many others. She was later awarded a lifetime membership for her work in the theater. Returning to Oklahoma City, she became active in First Presbyterian Church, where she served as Sunday School teacher and Chair of Nurture. She was one of the congregations earliest female Elders and later served as Clerk of Session. She served Indian Nations Presbytery as a Delegate, Chair of Ministerial Relations and later as Moderator, visiting churches throughout the state. Genevieve died on August 6, 2014 at age 86.4 She was buried in Memorial Park Cemetery, Oklahoma City, Oklahoma County, Oklahoma.4

(8 February 1843 - 12 July 1860)
Family Chart
Mary Caroline Smith was born on February 8, 1843 in Georgia.2 She was the daughter of Lawrence Smith and Caroline C. Gardner.2
Mary married Samuel G. Slade, son of Samuel Slade and Chloe Harrison, on September 4, 1859 in Pike County, Georgia.3,2 The 1860 census indicates Samuel G. and Caroline had been married less than a year and were living in the household of Samuel's parents.4 Mary died on July 12, 1860 in Georgia at age 17.5 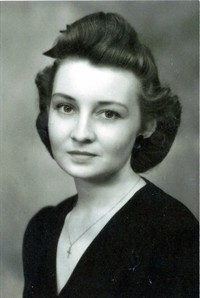