(June 1874 - 1941)
Family Chart
James Madison Slade was born in June, 1874 in Spalding County, Georgia.1,2 He was the son of William Harrison Slade and Prudence Emily Brooks. The 1930 census indicates he is a widower, although no marriage record has been found. James died in 1941 in Orange County, Florida.3 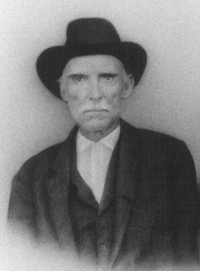 Harry Phillip Dezane Barfield went by the name Dezane. He was born in December, 1844 in Georgia both his parents were born in South Carolina.2,3 He was the son of Charles Barfield.4
Harry married Elender Chloey Slade, daughter of Joseph H. Slade and Elizabeth M. Dumas, on October 7, 1868 in Union County, Arkansas.5 Harry Phillip Dezane Barfield was registered for the military draft in World War I on September 12, 1918 in Val Verde County, Texas.6 Harry died on October 29, 1925 at age 80.1 He was buried in Summit View Cemetery, Guthrie, Logan County, Oklahoma

(24 September 1868 - )
Family Chart
Gideon Edgar Slade was born on September 24, 1868 in Arkansas.1 He was the son of William Little Slade and Florence Mary Burke.
Gideon married Martha Matilda Brown on January 25, 1895. Gideon died on May 26, 1948 in Arkansas at age 79.2 He was buried in Woodlawn Cemetery, El Dorado, Union County, Arkansas

Robert died on November 14, 1917 in Potter County, Texas, at age 27.2 He was buried in Spearsville, Union Parish, Louisiana.3 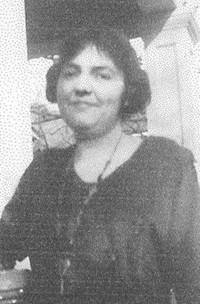 Cottie Ella Slade was born on May 22, 1896 in Oakland, Union Parish, Louisiana.1 She was the daughter of Wherry Kolb Slade and Mollie N Moffett. Cottie was a bookkeeper in a bank and living with her cousin John R. Riley & his wife India. Cottie did not marry. Cottie died on November 8, 1988 in Little Rock, Pulaski County, Arkansas, at age 92.2 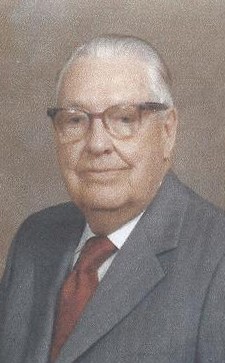 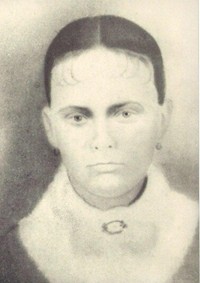 Lucy Ann Montgomery was always known as Exer Slade.2 She was born on November 13, 1867 in Union Parish, Louisiana.3 She was the daughter of William L. Montgomery and Julia Florence Coulter.4
The origin of her nickname "Exer" is unknown, however, it was used to such an extent that few, if any, of her children knew her true name and it even appears on her tombstone as L. E. evidently for Lucy Exer, instead of L. A. for Lucy Ann. Althought there is no proof or known evidence other than an X on some documents, it is speculated that this name came about as a result of the death of her dad, William L. Montgomery, probably sometime prior to 1880. Since Lucy was a minor at that time, her mother, Julia Florence Coulter Montgomery, had to petition the court to appoint her as guardian of her two minor children, Lucy and William E. Montgomery. It is suspected when it came time for Lucy to sign some documents someone said "X her name" and somehow this became her name, Exer. Some consideration has been given to a possible family relationship with the city of Exeter, England but it seems this would be much less likely.5
Lucy married James Jethro Slade, son of Joseph H. Slade and Elizabeth M. Dumas, on December 23, 1882 in Louisiana.6
Lucy Ann Montgomery died on January 17, 1935 in Truxno, Union Parish, Louisiana, at age 67 and was buried in Conway Cemetery, Conway, Union Parish, Louisiana 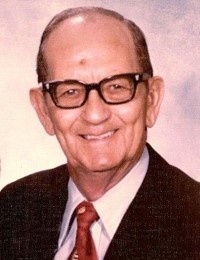 Bill Ernest Slade was born on March 13, 1904 in Truxno, Union Parish, Louisiana.2 He was the son of James Jethro Slade and Lucy Ann Montgomery.
Bill married Callie Loucine Atkins, daughter of Henry Clayton Atkins and Gertrude Dell Dawkins, on May 18, 1920 in Laran, Union Parish, Louisiana.3
Bill was a deacon in the Conway Baptist Church for many years and was instrumental in the project to replace the old wooden church with a new brick building in the late 1950's. Bill worked at many occupations during his lifetime. He started out as a farmer, was a teamster for construction of a pipeline, owned and operated a restaurant in Eldorado, owned and operated a school bus under contract with the state and did odd jobs as a carpenter, plumber and paper hanger. He worked in construction in Arkansas during the war and did some lobbying in Baton Rouge. He got his job driving the school bus by getting involved in politics but he wanted no part of running for office. Also, he was an avid domino player and fisherman.4 Bill died on February 14, 1979 in Monroe, Ouachita Parish, Louisiana, at age 74.2 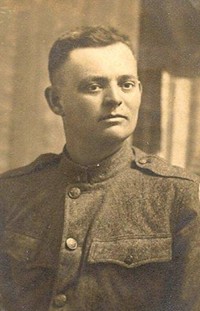 He was listed as medium height & build with brown eyes and hair. He was a farmer at Truxno.
Lee was a Sergeant in World War I and was the ranking man on his section of the line when the war ended, since all his commanders had been killed. He accepted the surrender of the German Commander, a Colonel. Sgt. Slade was not aware that the war was over.3
Alton married Clara Griffin, daughter of James Monroe Griffin and Mattie A. Torrence, on January 9, 1921. After the war probably around 1926, Lee and his brother, Bryan, became co-owners of the Truxno store when Tom Dawkins, the owner of the store, is believed to have started reducing his estate. In any case, Lee became postmaster on Aug. 30, 1929 so it seems likely they acquired the store before that date. The store was an old facility even at that time. Dawkins family tradition suggests that it was established by Duncan Dekalb Dawkins, an early settler in the Truxno area. However, it appears more likely that the store was established by Wilks Brooks, father-in-law to Duncan Dawkins. Wilks was a merchant in Greenville, NC, moved to Tennessee after 1834 and to the Truxno area about 1845 where he operated a store at what was identified then as Brooks Crossroads. Wilks Brooks' burial is listed as March 9, 1849 and is thought to be in the Shute Cemetery a short distance south of the crossroads.

The store was a two story building with living quarters in the upstairs portion and was occupied by Bryan's family during the 1940's. Sometime probably in the early to mid-1950's the upstairs section was removed because the leaking roof had pretty well ruined the upstairs section and made it unsafe as living quarters. The original intent was to replace the roof and make repairs but it was quickly determined that repairs would be too extensive. Therefore, the store was converted to a one story facility.3 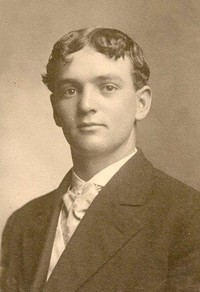 Leonard Carl Slade was born on October 17, 1887 in Union Parish, Louisiana.1 He was the son of James Jethro Slade and Lucy Ann Montgomery.
Leonard married Willie V Shaw.2 They had no children. Leonard Carl Slade was registered for the military draft in World War I on June 5, 1917 in Alexandria, Rapides Parish, Louisiana.
Leonard was working for the railroad out of Alexander and heard that Herman was sick with the Spanish flu so he got on the train to Monroe where Herman was sick in bed. On the way there Leonard fell sick with the flu and was able to do nothing but return home to Alexander. Herman recovered but Leonard died the next morning.3 Leonard died on January 21, 1919 at age 31.2 He was buried in Methodist Old Cemetery, Pineville, Rapides Parish, Louisiana 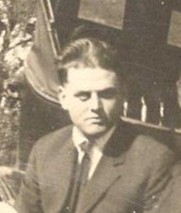 Sam Jerry Slade was always known as S.J.1 He was born on February 7, 1902 in Union Parish, Louisiana.2 He was the son of James Jethro Slade and Lucy Ann Montgomery.
Sam married Fannie Mae Griffin, daughter of James Monroe Griffin and Mattie A. Torrence, in 1920.3
S.J. operated a saw mill about a quarter mile south of Truxno at the Auger road in partnership with his brothers, Bryan and Lee. It was this mill that took his life. He cut his hand, took tetanus and died. His home was across the road on the east side from the mill. Strangely, the house was not on his land but just to the north.1 Sam died on February 22, 1944 at age 42.4 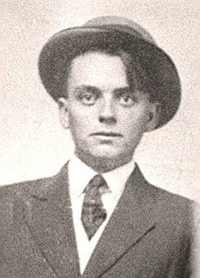 James Herman Slade was born on February 16, 1890 in Union Parish, Louisiana.1 He was the son of James Jethro Slade and Lucy Ann Montgomery.
James married first Mae Tubbs on August 10, 1913 and divorced.2,3
James married second Ollie Poole in 1918.3,2 Herman lost an arm in a logging accident. For a time he and his family lived about a mile south of the Truxno crossroads on the west side of the road.4 James died on December 8, 1936 in Louisiana at age 46. 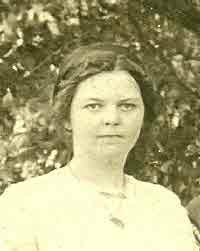